Brother Flavius was born in London, England in 1917 and emigrated with his family to Norwood, South Australia where he attended the local Marist Brothers College from where he entered the Mittagong Juniorate (a secondary boarding school for boys aspiring to become Brothers) in 1930. He was professed as a Brother on July 2nd 1936.

An all-round student, a brilliant teacher and organiser, he taught senior classes in English, History, Latin and French in various schools including the Marist Brothers College in Bendigo (now known as Catherine McAuley College) where he was senior school co-ordinator. It was here he founded the Maristians Cricket Club in 1952, a club made up of mostly students and Brothers from the college.

Nicknamed "Wocko" - from 'Voco', the classical latin pronounciation of the verb used for learning purposes, Brother Flavius was always full of humour and mischief and the community was the place where he really enjoyed himself.

When his sister, a Sacred Heart Sister working in Kiribati (an island nation located in the central tropical Pacific Ocean) met her death in a boating accident, Brother Flavius obtained permission to replace her despite a heart condition. Some months later he died from a sudden heart attack, he was 55 years of age. A headstone was placed in the Macedon Novitate Cemetery to mark the passing of this devoted Brother.

The Strathdale-Maristians Cricket Club recognise their founder Brother Flavius by naming their Third XI Club Champion Award in his honour. 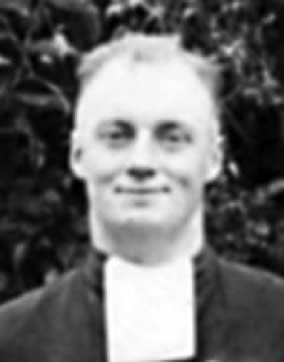