Strathdale-Maristians Cricket Club has a long history of our players representing the League, Melbourne Premier Cricket teams, the State and even our Country. The lists below represent all the players who have shone with Higher Honours.

Below are the career stats of the 34 SMCC players who have represented the BDCA at MCW since our clubs formation.

* Players listed have played at least one concurrent season of SMCC and MCW, however, MCW Career Span and stats consist of the players entire MCW career - regardless of how long they represented SMCC.

The Strathdale-Maristians Cricket club is proud to have had 13 of it's players graduate from it's junior program to go on to play First XI cricket in the Victorian Premier Cricket Competition (VPCC).

SMCC players who have graduated from the club's junior program to play First XI cricket in the VPCC - 1952 - 2020.

* Denotes Melbourne Cricket Club do not have player numbers due to the lack of formal records in its formative years dating back to 1838. 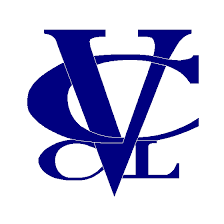 The Strathdale-Maristians Cricket club is proud to have had 18 players go on to represent their state or their country. Below is a list of senior players who have concurrently played with SMCC and represented at state/country level as well as players who have come through our junior program and had been selected for higher honours the same season.

The below listing highlights our two Australian representatives: